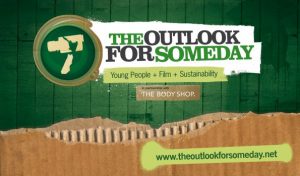 The Outlook for Someday is a sustainability themed short film competition for young people. The concept is simple: “make a short sustainability-related film” and keep it under five minutes.
Over the last five years, hundreds of young New Zealanders have entered the competition, from primary school students to university graduates.
Like all artists, these young people have been inspired by a range of other works, including documentaries, photos, television, books and music. As we like to say at Creative Commons — and as Justin Cone puts it in this fantastic video —  creativity builds on the past. Until recently, however, filmmakers who wish to remix and reuse have faced a range of legal and technical barriers.
Over the last decade, this situation has changed. On the one hand, we’ve seen the rise of digital editing software, which allows young students to edit their footage like professionals. On the other hand, there has been the spectacular growth of Creative Commons works.
Many young filmmakers have decided to save time and energy by remixing and reusing openly licensed and public domain materials. To do so, they are turning to sites like DigitalNZ for New Zealand content; Flickr for photos; Youtube for video; Jamendo for music; and Wikimedia for content from the public domain.
Nathan Parker, principal of Warrington School on the Otago coast, pointed his students to Vimeo, where students came across documentaries with Creative Commons licences. “The students could use the footage in their own film, and give it their own interpretation,” Nathan says. “It’s just great.”
The supreme winners in 2011 were Susan & Andrew Wardell, with their film ‘Shopping for Our Future.’ The short film used a range of public domain resources to discuss the ethics of consumer culture. As the creators put it, “How do our shopping decisions affect the world we live in? What choice do we have?”

Shopping for Our Future from The Outlook for Someday on Vimeo.
Winning films from 2012’s The Outlook for Someday will be featured on TVNZ’s U Live, TV2’s The Erin Simpson Show, What Now and I AM TV (TV2) and TV One’s Tagata Pasifika.
For more information on Creative Commons licensed resources, click here.
Entries for 2012 will close on September 21. For more information, check out their website at theoutlookforsomeday.net