Taxpayer funded research that could be improving the health and wellbeing of New Zealanders is being locked behind paywalls due to a profit-focused approach to academic publishing, says open access advocacy group Tohatoha NZ.

This viewpoint, discussed at length in a new report released by Tohatoha, titled Centring Our Values: Open Access for Aotearoa, is at the heart of a campaign launched this month by the non-profit group that advocates for greater openness, sharing, and equity in the digital world, including open access and open reuse of government, scholarly, and scientific knowledge. 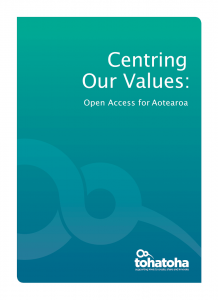 “The research work done in our universities, Crown Research Institutes, and other publicly funded institutions benefits from taxpayer funding. However, unlike journalists or novelists, these thinkers, researchers, and writers have funded positions, so the public should benefit from this work,” says Tohatoha CEO, Mandy Henk.

She gives the example of health research that is inaccessible to most New Zealanders who could benefit from it, but cannot afford to access it through current systems.

“New Zealand invests billions of dollars each year in research like this, and yet it is locked behind the paywalls of large academic publishers. We believe there is a better way.”

Henk says Tohatoha wants to see a New Zealand where the work of our scholars, scientists and researchers is open and available for everyone to read, share, and reuse.

“Open access, open data, open scholarship all offer a better path to sharing and creating new knowledge with other researchers and with communities,” says Henk.

Tohatoha’s report suggests that what is needed is a transformation of New Zealand’s scholarly communication system into one focused around open access and equity.

“New Zealand needs a national strategy to open the work of our publicly funded scholars, scientists, and researchers. Done well, this strategy will contribute to improved policy making, help to educate the electorate, and support practitioners in a wide range of professions, while also strengthening New Zealand’s economy by providing access to R&D to the private sector,” says Henk. 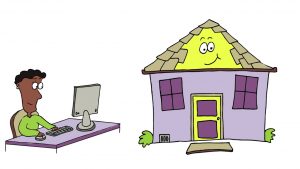 Tohatoha’s report also advocates for a New Zealand where the Crown fulfils its commitment as a Treaty partner by living up to the diversity and equity statements made by its universities.

Henk says there is ample evidence that the system as it stands now creates specific harms for Māori scholars and scientists.

“Reimagining our scholarly communications system offers us the opportunity to develop a system where these inequities are rectified and remedied. Open access offers a path forward–one based in innovation, care, excellence, and honouring Tiriti.”

The core positions of Tohatoha’s campaign are captured in the ‘Open Access Declaration’, which can be viewed here: https://www.tohatoha.org.nz/campaigns/open-access/

“We encourage anyone who is interested in seeing this taxpayer funded research made available at no cost to the public to read our Open Access report, sign our Declaration and share this campaign with others,” says Henk.

Inquiry into the 2020 General Election and Referendums